The Alpine arc as a playground

The Jura Bike Marathon in Switzerland, the MB Race in France, the Grand Raid BCVS in Switzerland and the Forestière in France have decided to regroup to launch a new challenge: the MTB Alpine Cup. These three major races have a common geographical denominator: the alpine arc.
“The objective is to put forward our territories through 4 exceptional races. These 4 events offer participants the opportunity to discover 4 extraordinary playgrounds around the most beautiful alpine massifs.” says Vincent Hazout, president of the MB Race.

Approved by the UCI

The Jura Bike Marathon, the MB Race, the Grand Raid BCVS and the Forester Bulls Bikes are all part of the UCI Marathons Series circuit. The MTB Alpine Cup is not a world cup but rather a challenge including the most beautiful MTB marathon events in Europe.

Who will be the king?

This challenge proposes to push the limits even further! The pilots will fight three battles to try to ascend the throne and become the king or queen of the MTB Alpine Cup. More than 465 km and 17 500m of positive gradients accumulated on these 3 events, the MTB Alpine Cup is an extraordinary challenge.
Like the Grand Slam tournaments, in the field of tennis, the leaders will defend their crown on each stage and the final winner will be designated at the end of the Forestiere Bulls Bikes, the final stage of the challenge. The ranking will be based on the number of points scored on the 4 races. To congratulate such performances, interesting prize money and a trophy will reward the “kings” of the MTB marathon.

It is in 2019 that the Jura Bike Marathon by Scott had its first edition. With this race, we want to make you discover the most beautiful spots of the Swiss Jura Massif. Vallorbe is known for its caves which contain magnificent limestone landscapes sculpted by the Orbe river. Close and accessible, we are located less than 1h15 from Besançon, Geneva and Bern. Our flagship race, the XC marathon, has been part of the UCI C1 circuit since 2021. An attractive course of 71Km and 2750m of ascent leads you on the most beautiful singles of the region. It takes you through the gorges of our region, the spruce forests as well as two Jura peaks. The first part takes you to the Suchet (alt.1587m). A panorama of the entire alpine massif is offered to you with the lake of Neuchâtel and the city of Yverdon-les-Bains, capital of the North Vaud region, below. The crossing of the Viaduc du Day makes the transition on the 2nd part towards the Dt de Vaulion (alt. 1482m). You arrive at this summit with a portage that offers you a breathtaking view of the Vallée de Joux and its lake.

The MB RACE started in 2010. This mountain bike race, held in the magnificent Pays du Mont-Blanc region (Combloux, Megève, La Giettaz, Cordon, Sallanches), is as challenging as it is awe-inspiring. It is the longest one-day event in the mountain biking worldwide – 140 km with 7000 metres of elevation gain. In 2010, only one competitor out of 600 starters finished the race, earning it the title of the world’s most difficult race. For the first time in 2015,  the race was integrated into the UCI calendar and 2027 racers came to compete in Combloux & Megève. This year, the world’s best riders will come together in Megève. This is a true achievement for the whole organisation, led by a 20-member committee with the support of 425 volunteers. In 2023, the race will take place on 30th June, 1st and 2nd July at Megeve. Combloux will also be in the spotlight as the secondary village. The event is open to everyone with its 8 races : MB Ultime, MB Ultra Somfy, MB Explore , MB Enduro, MB First, MB Kids, MB e-Rando & MB Baby-bike.

The GRAND RAID BCVS – Swiss Mountain Bike Race Marathon is the largest mountain bike race in Europe, with an average of 3’000 participants from 29 countries and more than 30’000 spectators. The GRAND RAID BCVS stands out as the world’s leading mountain bike race. It competes and exceeds in interest and in number of riders the races of the world championship of VTT. The departure of the Marathon is located in the resort of Verbier, in the Val de Bagnes. The finish, after more than 125km and more than 5’000 m altitude difference, is located in the charming resort of Grimentz, in the Val d’Anniviers. 4 departures are available, Nendaz (92 km), Hérémence (68 km), Evolène (37 km). The GRAND RAID BCVS is in the XCM category (Cross Country Marathon). It is registered on the UCI (Union Cycliste Internationale) and “Swiss Cycling” calendar. The licensed riders can thus earn points in the international ranking. The GRAND RAID BCVS has become a legendary race.

La FORESTIERE is a mythical event of the French calendar. This autumn legend which takes place on September 10th & 11th, 2022 is the “point to point” test, that is to say going from one point to another, the oldest in France. Over the last 27 years, thousands of mountain bikers have been running in the Natural Park of the Jura on courses RANDO D’OR FFC of all levels, ranging from 35 to 100 km to reach the city of ARBENT in the Plastic Valley. La FORESTIERE is two days of fun with a village exhibiting in Arbent with many animations. It is more than 20 starts with a cyclo-sportive, events for children, an Enduro over 2 days… But the key races remain the 100 KM ATV and 65 KM MOUNTAIN BIKES WOMEN, events of the final of the ALPINE CUP. With 2900 meters of altitude, it is not the hardest of the Marathons VTT on the paper, but the distance, the varied and rugged terrain of the Jura Mountains, the vagaries of the weather make this event a legend … 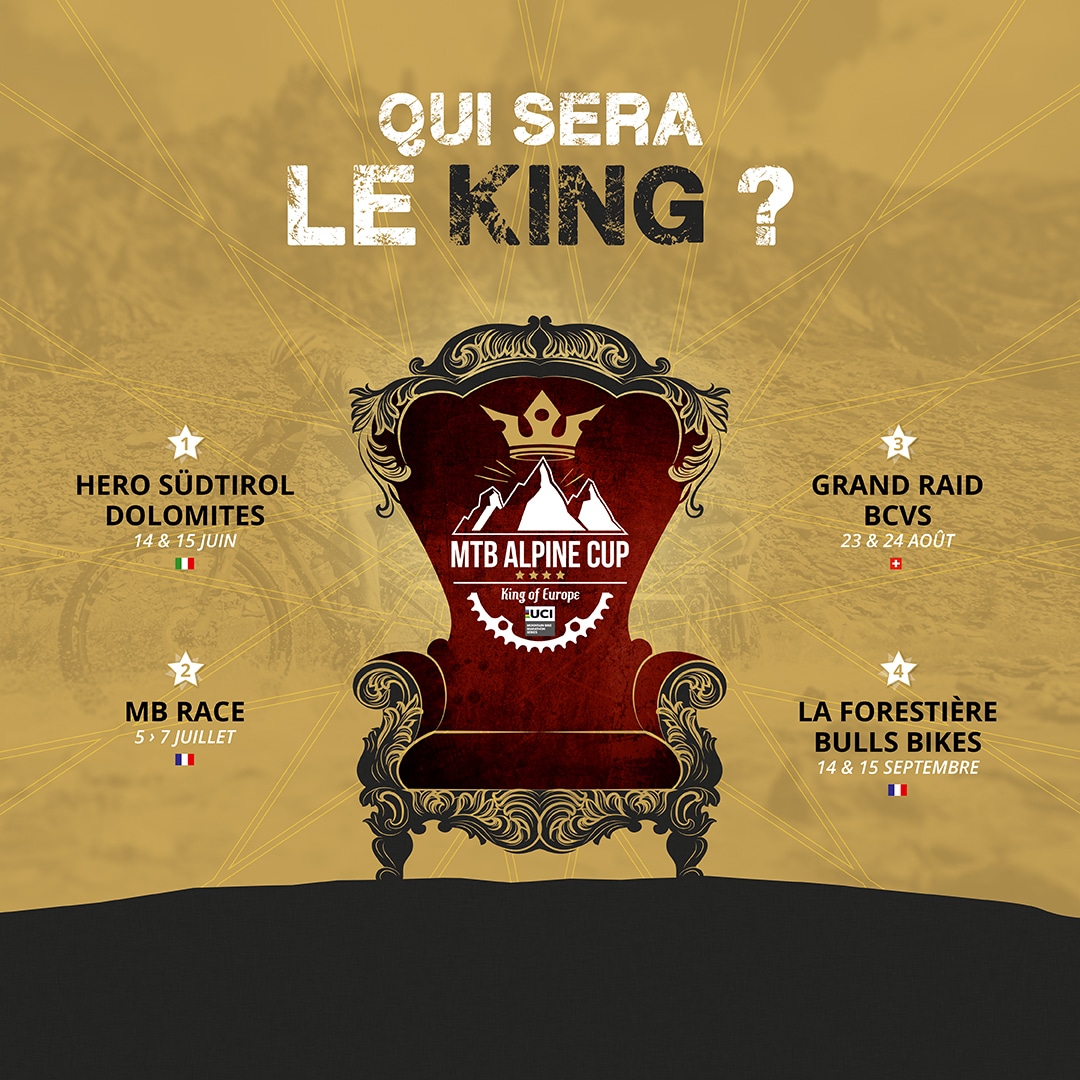